LC and LC-MS Solvents and Additives

LC and LC-MS Chemicals and Additives from Agilent

Agilent LC and LC-MS solvents and additives are manufactured to have the lowest levels of impurities and consistent lot-to-lot quality. Our solvents are designed specifically to work with Agilent instrumentation and applications.

InfinityLab Ultrapure LC/MS Solvents are a portfolio of LC-MS grade solvents that provides best-in-class acetonitrile, methanol and water. With newer LC-MS instruments having lower detection limits and regulations requiring ppb and ppt analysis of compounds, it is important to have LC-MS grade solvents that does not increase baseline noise. These InfinityLab Ultrapure LC-MS solvents have been developed by Agilent R&D and manufactured to have one of the lowest amounts of overall organic and metal contaminants in the industry. Our use of clear borosilicate bottles and smaller volumes (1L bottles) also increases the lot-to-lot quality by reducing the number of contaminants leaching from the bottle.

InfinityLab deactivator additive is a unique mobile phase additive that deactivates metal ions in your instrument to improve the resolution and detection limit of metal-sensitive analytes for LC-MS experiments. This universal additive works with any LC or LC-MS instrument. For experimental setups using stainless steel instruments, the additive eliminates most tailing and reproducibility issues while significantly improving the sensitivity of multiple phosphorylated and carboxylated compounds in LC-MS experiments.

Skip to the end of the images gallery 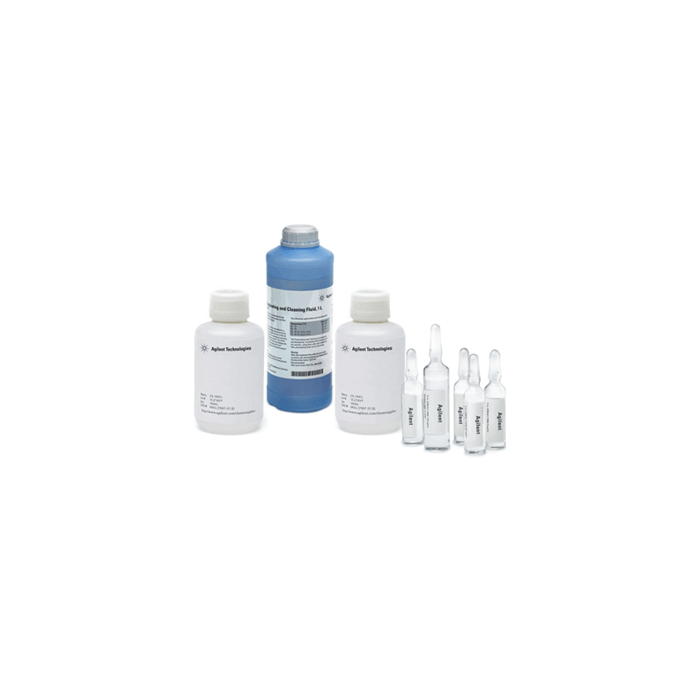 Skip to the beginning of the images gallery
Buy
Features

Amenable to LC/MS use – the additive is optimized for use at a concentration of 5 µM (1:1000 dilution) with minimal ion suppression effects observed. Also, the additive does not persist in the LC-MS system after use (unlike traditional ion pairing reagents).

Flexible use – the additive was initially developed for hydrophilic interaction chromatography (HILIC) with the PEEK-lined Agilent InfinityLab Poroshell 120 HILIC-Z column for metabolomics applications. Additional experiments demonstrated that the additive could be used for other chromatography modes (e.g. reversed-phase chromatography).

Operational time and cost savings for HILIC LC-MS – saves the 24+ hours needed to condition your system. Avoid lengthy derivatization procedures and potential system contamination from ion pairing agents. Analysis time can be reduced by more than 30 % and limits of detection increased for challenging compounds such as phosphorylated metabolites, phosphate pesticides, and organic acids.

What Solvents Are You Putting Into Your LC/MS Instrument?